Everybody knows Italians invented the coffee culture that is beloved around the world today.  I will never forget seeing a Starbucks in Dubai.  I almost fell to the ground in gratitude for something I recognized in that (to me) very foreign place! 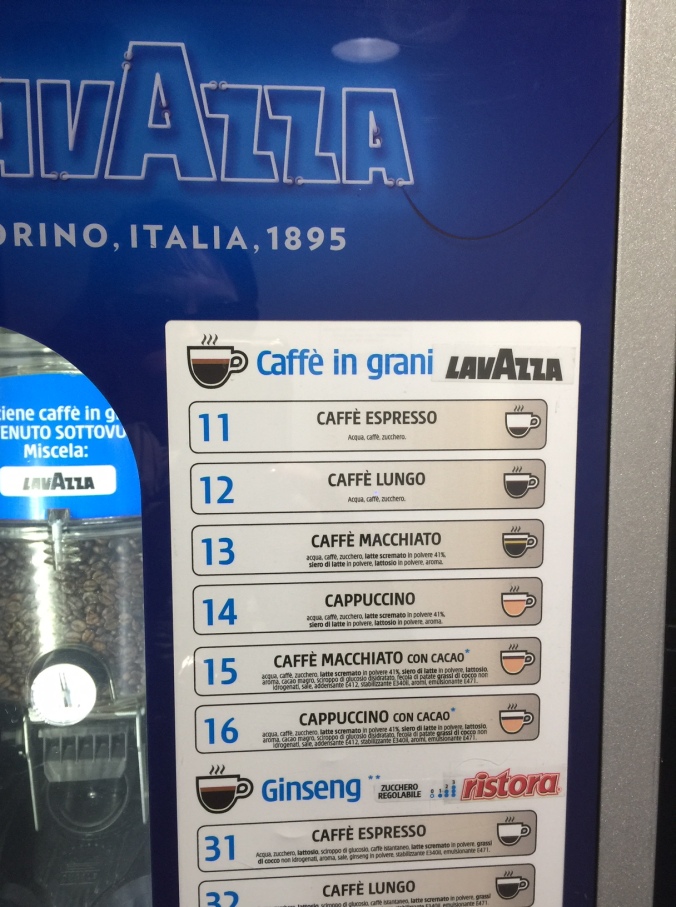 But despite how many places I have seen coffee on offer in Italia, nothing surprised me and yet didn’t surprise me at the same time as much as seeing fresh coffee beans ready to be ground and brewed on an Italo train from Milan to Verona last week.  I mean, per che no?  It only makes sense!

And this was a self service coffee maker at the end of a train car.  There is also a cafe car that serves freshly made espresso…but this machine is available closer to your seat and avoids the messy interaction with live people!  And sometimes train workers will pass by and offer you coffee or other things from their carts.  But, Italians, at least on this train, have yet another coffee option.  They might want to grind and brew their own joe on their own.

You have got to love this culture! 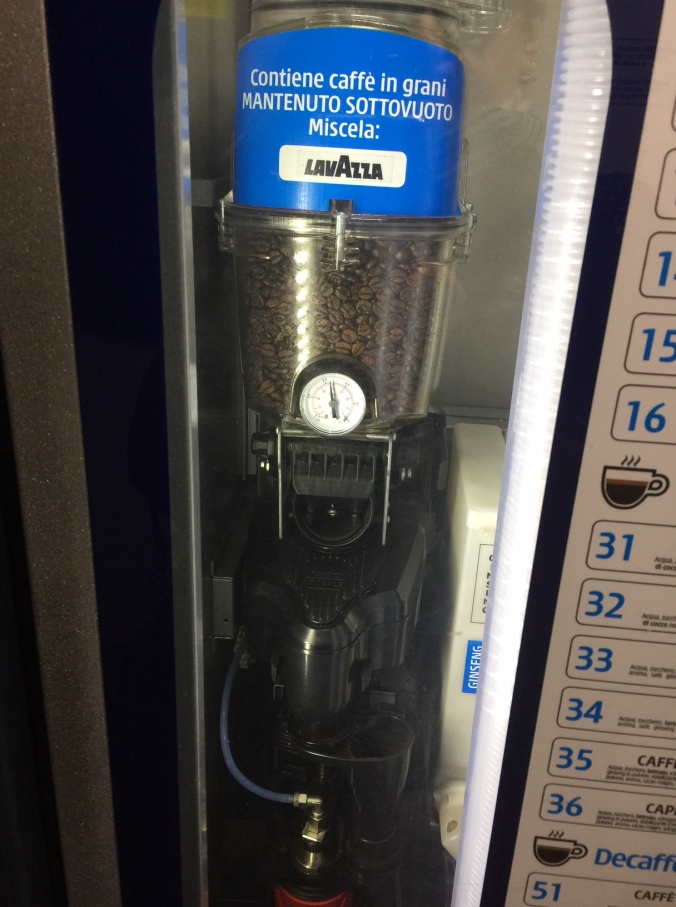 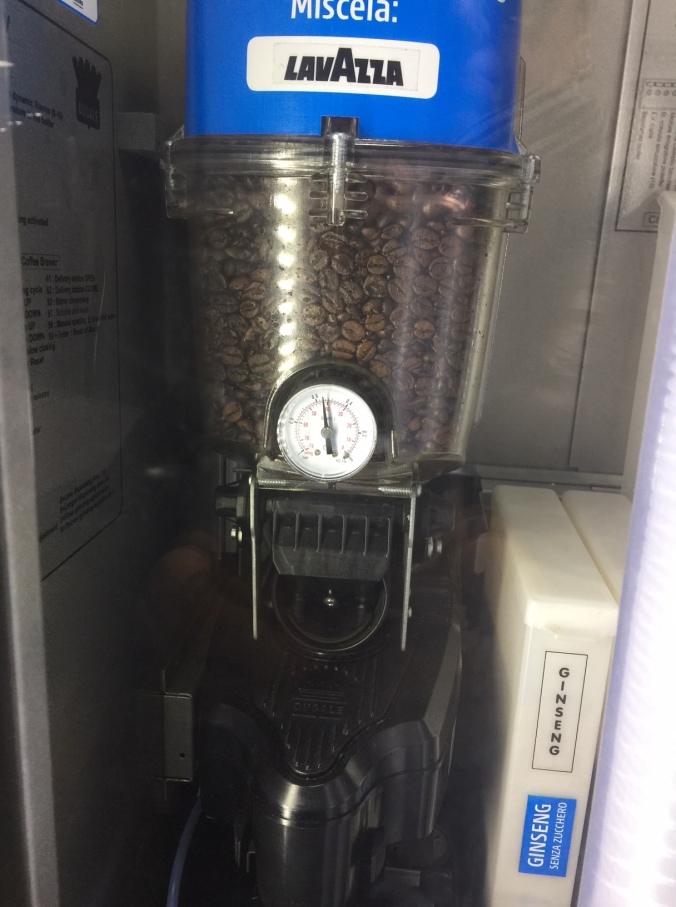 Eat your heart out, Starbucks! 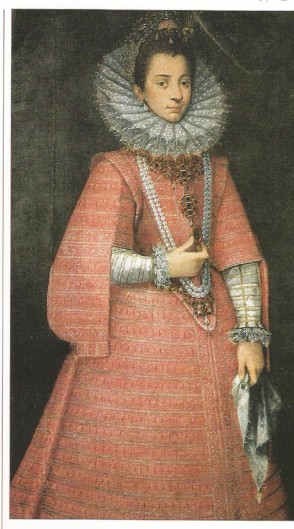 Today everyone uses disposable paper tissues and almost all mothers carry them in their handbags for everyone in the family to use.

But, what preceded the lowly “kleenex?”

Well, according to Professor M. Fanfani, the handkerchief was invented in Italy, just like the fork and the napkin.  I tend to think that the napkin and handkerchief both were created in various cultures because humans need these objects and surely someone would have thought of a good product solution. 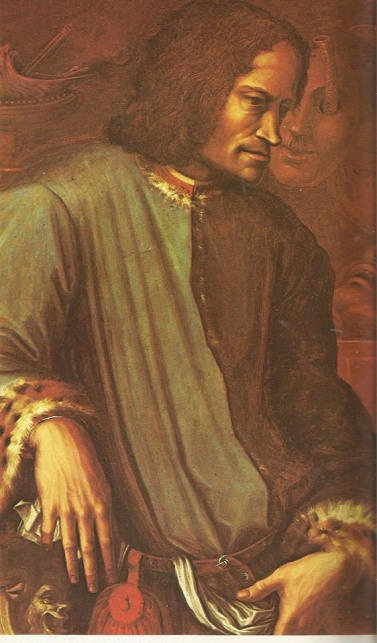 But readers know I love all things Italian and so of course I am going to go along with the professore and accept the fact that while various cultures no doubt had their own objects for cleaning the face and nose, the first rarified version no doubt was of Italian origin.  Most good things were. :-) 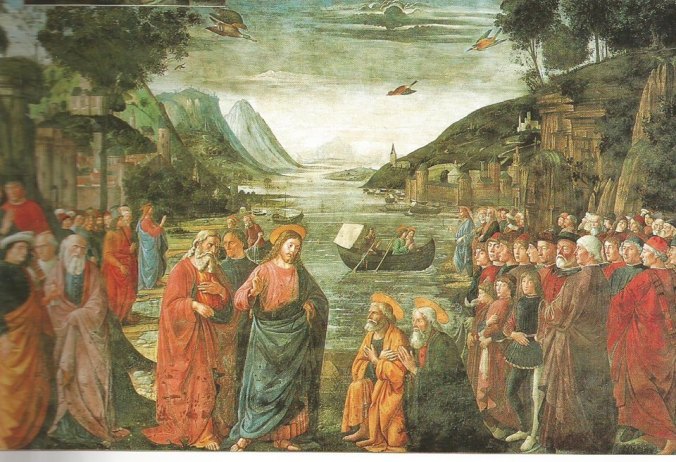 So, let’s read and consider his thesis on the handkerchief. 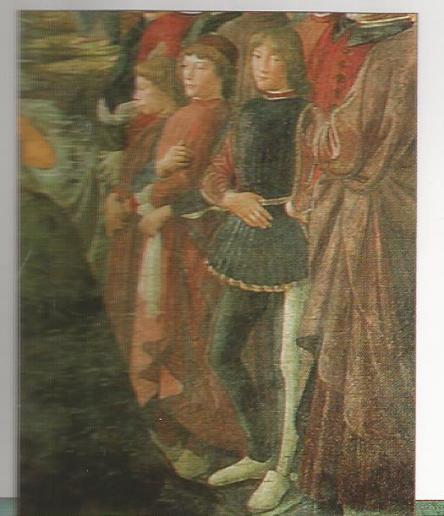 The use of the handkerchief, like that of the fork and napkin, was born in Italy and its use had more to do with the prestige of its possession, than its strictly hygienic reasons. 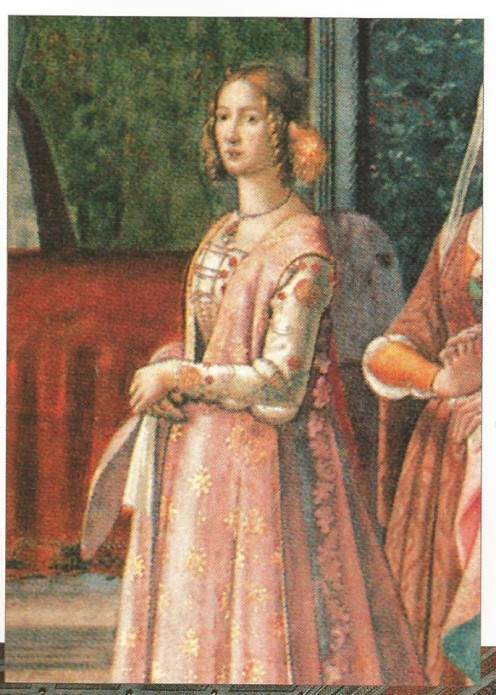 As with so many details about life in Italy, paintings from the period give us a window into the daily life of some Italians.

In the works of Ghirlandaio, an attentive chronicler of the Florentine costume, this delicate accessory is a standout.

Handkerchiefs were rare and expensive; for example, we know that King Henry IV had only five of them in 1594.

We learn that blowing one’s  nose with the handkerchief (instead of with your fingers, or with the wide sleeves of a shirt) was a refined sign of nobility or high social standing. 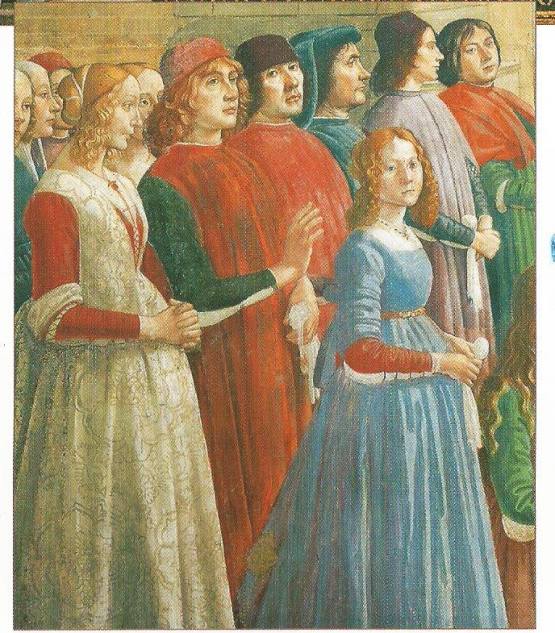 Ghirlandaio often recorded in paint the upper bourgeoisie in Florence. The possession and showing of an embroidered kerchief indicated status.

This text (which I’ve modified in English) appeared on a Facebook post recently
written by Prof. M: Fanfani. 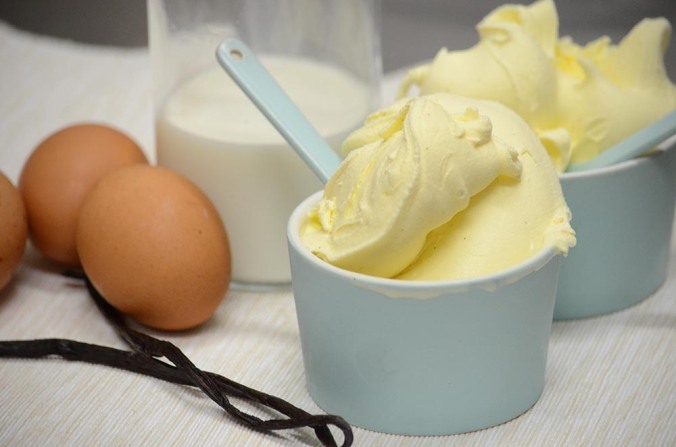 Italians were the undisputed masters in developing methods of chilling and freezing drinks. “The real way to make all kinds of waters and cordials in the Italian style” was disclosed to the French in 1692 in a chapter in Audiger’s La maison reglée. Thirty years earlier, the same Audiger tried to obtain from the French king the exclusive right to “manufacture and sell all types of cordials in the Italian style.”

This indicates the acknowledgment of a truly Italian invention that was already at least a hundred years old. The custom of chilling drinks—by mixing snow or ice with water, wine, or any other drink—had spread throughout Italy in the second half of the sixteenth century, though against the advice of many doctors. In larger cities this custom spread among the masses, if we are to believe a comment made by a Roman physician in 1603.

The creation of sorbet resulted from experiments in chilling drinks, and it too became a matter of myth. Supposedly, sorbet was also brought to France by Catherine de’ Medici (and who could doubt it?). There is no documentary evidence to support this hypothesis, however, and we cannot prove that the art of sorbet making was already practiced in Italy in the middle of the sixteenth century.

Yet we certainly know that sorbets—already developed to a degree of remarkable sophistication—were sold in special shops a century later, most notably in Venice and Naples. When Antonio Latini, a native of the Marches, took up service at the court of Naples in 1659, he had the impression “that everyone [in the city] was born with a special skill and instinct for making sorbets.” This pursuit was not limited to experts, however, but was also practiced by “persons of little learning,” as Latini informs us in his brief “Treatise on Various Kinds of Sorbets, or Water Ices.”

His short essay, included in the book on stewardship and cooking that he composed at the end of his career, between 1692 and 1694, contains the first written recipes on how to mix sugar, salt, snow, and lemon juice, strawberries, sour cherries, and other fruit, as well as chocolate, cinnamon water, and different flavorings. There is also a description of a “milk sorbet that is first cooked,” which we could regard as the birth certificate of ice cream. 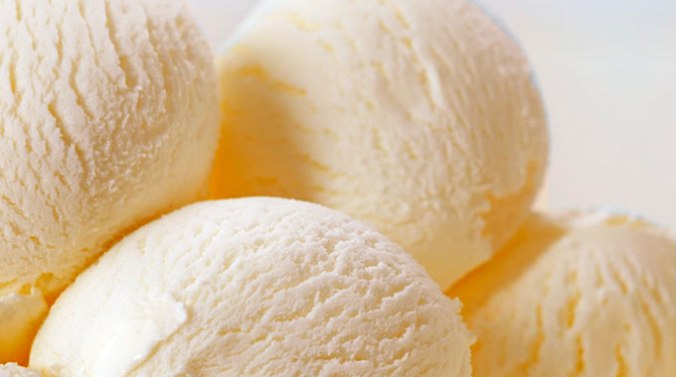 De’ sorbetti, the first book entirely dedicated to the art of making frozen confections, was published in Naples in 1775. Its author, Filippo Baldini, discusses different types of sorbets, some made with “subacidic” fruits, such as lemon, orange, and strawberry, and others made with “aromatic” ingredients, such as chocolate, cinnamon, coffee, pistachio, and pine nuts. A separate chapter deals with “milky sorbets,” meaning ice creams, whose medical properties are vigorously proclaimed. Literary works echo this trend. The “sorbettiera” (sorbet maker) is celebrated in a canzonetta written by Lorenzo Magalotti,147 and Parini’s young protagonist (il giovin Signore) concludes each day with the sweet, cool taste of a chocolate or coffee sorbet.148 Sorbets were produced side by side with the “flavored waters” that captivated Audiger. During his visit to Italy he wrote:

I made a vigorous effort to neglect nothing connected to confectionery and cordials and to perfect the art of making all kinds of waters, with flowers or fruits, chilled or not, sorbets, custards, barley waters, pistachio waters, and others made with pine nuts, coriander, aniseed, fennel, and every type of grain, and to give them a good flavor by emphasizing their own best qualities. I also learned how to distill all kinds of flowers, fruits, cereals, and other substances, distilling them in both cold and warm conditions, and to prepare chocolate, tea, and coffee.

From works of art and architecture, to products like olive oil and nutella, Italy’s strong cultural heritage means that it is full of things that are iconic and unequivocally Italian.

Although there are a few cars that fall under this category (Ferrari, Maserati, Alfa Romeo) my personal favorite is the Fiat. 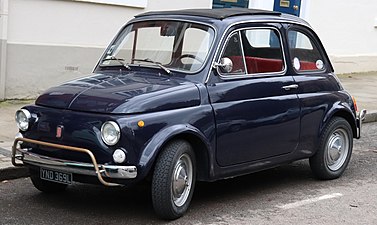 Not just any Fiat of course, but the Fiat 500. From the 1950′s to 1970′s, the cinquecento (five hundred) was produced and marketed as a cheap practical town car.

At about ten feet long, it makes the mini cooper look like a full-size sedan – seriously – I saw one here the other day and thought “WOW, that is huge,” which surprised me seeing as how it was the “cute little car” that I wanted in college. But I digress. 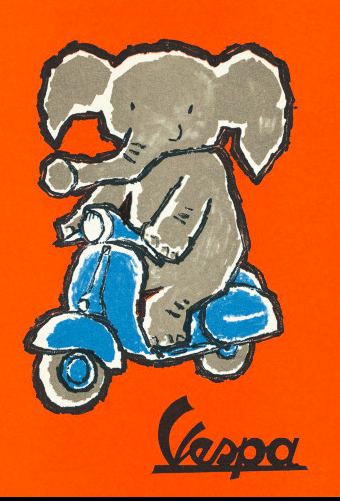 The Italian brand of scooter, the iconic Vespa, is manufactured by Piaggio. The name means wasp in Italian. The Vespa has evolved from a single model motor scooter manufactured in 1946 by Piaggio & Co. to a full line of scooters and one of seven companies today owned by Piaggio.

From their inception, Vespa scooters have been known for their painted, pressed steel unibody which combines a complete cowling for the engine (enclosing the engine mechanism and concealing dirt or grease), a flat floorboard (providing foot protection), and a prominent front fairing (providing wind protection) into a structural unit.

Post World War II Italy, in light of its agreement to cessation of war activities with the Allies, had its aircraft industry severely restricted in both capability and capacity.

Piaggio emerged from the conflict with its Pontedera fighter plane plant demolished by bombing. Italy’s crippled economy and the disastrous state of the roads did not assist in the re-development of the automobile markets. Enrico Piaggio, the son of Piaggio’s founder Rinaldo Piaggio, decided to leave the aeronautical field in order to address Italy’s urgent need for a modern and affordable mode of transportation for the masses.

A masterpiece was born!

An early Vespa poster above. 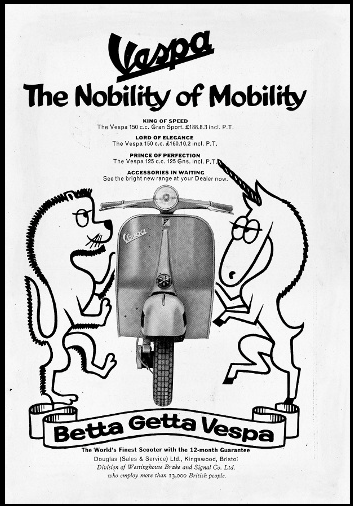 The UK is Vespa’s second largest market, see above.

For more on Vespa, see:

Copyright © Get back, Lauretta! (2013-20). Unauthorized use and/or duplication of this material without express and written permission from this blog’s author and/or owner is strictly prohibited. Excerpts, reblogs, and links may be used, provided that full and clear credit is given to Lauretta and Get back, Lauretta! with appropriate and specific direction to the original content.