This lovely little exhibition, entitled Timeless Elegance, Dior in Venice in the Cameraphoto Archives, is currently on display at Villa Pisani, in Stra, on the Brenta Canal in the Veneto. I enjoyed seeing it very much.

1951 was a magical year for Venice. Some of the most intriguing views of the city co-starred in the campaign that publicised the creations of the couturier who was capturing all the world’s headlines at the time: Christian Dior.

On 3 September of that same year, Palazzo Labia hosted the “Ball of the Century”: the Bal Oriental, organised by Don Carlos de Beistegui y de Yturbe, attracted around a thousand glittering jetsetters from all five continents. This masked ball saw Dior, Dalí, a very young Cardin, Nina Ricci and others engaged as creators of costumes for the illustrious guests, in an event that made the splendour of eighteenth-century Venice reverberate around the world.

Silent witnesses of both of these events were the photographers of Cameraphoto, the photography agency founded in 1946 by Dino Jarach, who covered and recorded everything special that happened in Venice and beyond during those years.

We have Vittorio Pavan, the current conservator of the imposing Cameraphoto Archives (the historical section alone has more than 300,000 negatives on file) and Daniele Ferrara, Director of the Veneto Museums Hub, to thank for the project to show the photographs of those two historical events to the general public. The location chosen for them to re-emerge into the light of day is one of extraordinary significance: Villa Nazionale Pisani in Stra is the Queen of the Villas of the Veneto and it is no coincidence that it is adorned with marvellous frescoes by Giambattista Tiepolo, the same artist whose work also gazed down on the unforgettable masked ball in 1951 from the ceilings of Palazzo Labia.

For this exhibition, Pavan has chosen 40 photographs of the collection shown in Venice by Christian Dior.

In those days, every fashion show would present just under 200 models, calculated carefully to achieve the right balance between items that would be easy to wear and others that made more of a statement. Dior was the undisputed master of fashion in those post-war years. The whole world looked forward to his collections and discussed them hotly. No fewer than 25,000 people are estimated to have crossed the Atlantic every year, just to see (and to buy) his collections. Every time he changed a line (and every new season brought such a change), it was accepted with both enthusiasm and ferocious criticism: the former from his clan of admirers, the latter from those who opposed him.

In any case, no woman who aspired to keep abreast of fashion could afford to ignore the dictates issued by the couturier from his Parisian maison in Avenue Montaigne, where he already employed a staff of more than one thousand, despite having being established only five years before. Dior’s New look evolved with every passing season.

In 1950, he introduced the Vertical Line, in 1951 – as the photographs on show in Villa Pisani illustrate – no woman could avoid wearing his Oval Look: rounded shoulders and raglan sleeves, the fabrics modelled until they clung like a second skin. The essential accessory was of course the hat, for which Dior that year drew his inspiration from the kind traditionally worn by Chinese coolies.

For that autumn, though, he created the Princess line, which gave the illusion of extending below the breast.

In the breathtaking photographs from the Cameraphoto Archives, beautiful Dior-clad models perform a virtual duet with Venice, whose canals, churches and palaces are never a mere backdrop, but co-stars on a par with the great designer’s creations.

The second nucleus of this fascinating exhibition is devoted to the Grand Ball at Palazzo Labia, possibly the most glittering social event of the century.

All the bel monde flocked to Venice on that legendary 3 September. Don Carlos, popularly known as the Count of Monte Cristo, sent personal invitations to a thousand people. Dior, together with a veritable army of young tailors and accompanied by Dalí, was engaged to create the most alluring costumes, all designed to refer to the eighteenth century when Goldoni and Casanova lived here. There were costumes for men and women, but also for the greyhounds and other dogs that often accompanied their owners.

The torches that on that legendary evening illuminated the Duke and Duchess of Windsor, several Grandees of Spain, the Aga Khan, King Farouk of Egypt, Winston Churchill, many crowned heads, princes and princesses, a host of millionaires, such artists as Fabrizio Clerici and Leonor Fini, fashion designers of the calibre of Balenciaga and Elsa Schiapparelli and leading jetsetters Barbara Hutton, Lady Diana Cooper, Orson Welles, Daisy Fellowes, Cecil Beaton (whose photographs, published in Life magazine, gave the world something to dream about), the Polignacs and the Rothschilds.

Welcoming them in the midst of clouds of ballerinas and harlequins was the master of the house and host, who dominated the scene as he promenaded back and forth dressed as the Sun King on a 40 cm high platform. The heir of an immense fortune created in Mexico, Don Carlos spent some of his time living in Paris, where he owned a house designed by Le Corbusier and decorated by Salvador Dalí, and the rest at a chateau in the country. He had bought Palazzo Labia and restored it and was now offering it to his friends.

The aim of this exhibition is therefore to contribute to improving the appreciation and value of the Cameraphoto photography archives, which have been declared to be of exceptional cultural interest by the Italian Ministry of Cultural Heritage and Activities, since they constitute an inestimable legacy for the wealth and variety of images.

It was with this in mind that the curators chose this nucleus of photographs depicting the clothing designed by one of the most ingenious and iconic fashion designers in history, who in his turn, through his creations, enabled a spotlight to be focused on a tiny fragment of the more than one thousand years of history of the city of Venice, helping us reconstruct the collective memory on which our present day is based.

Curated by Vittorio Pavan and Luca Del Prete, the exhibition is organised by the Veneto Museums Hub e Munus. 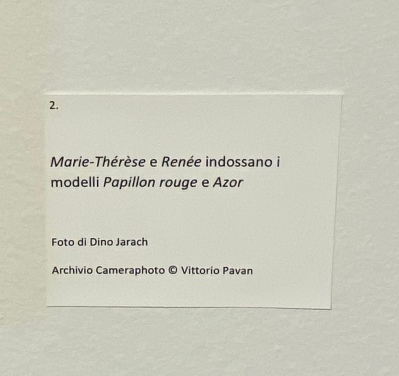 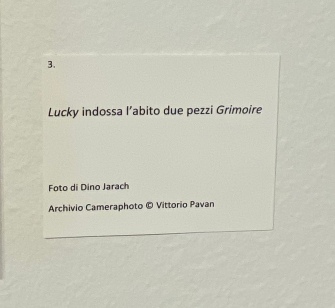 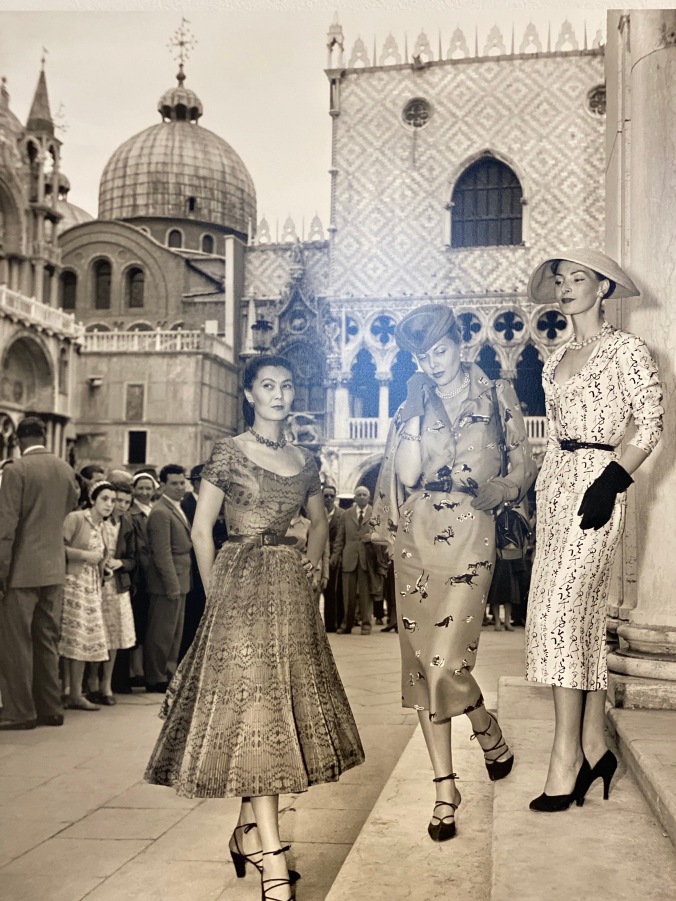 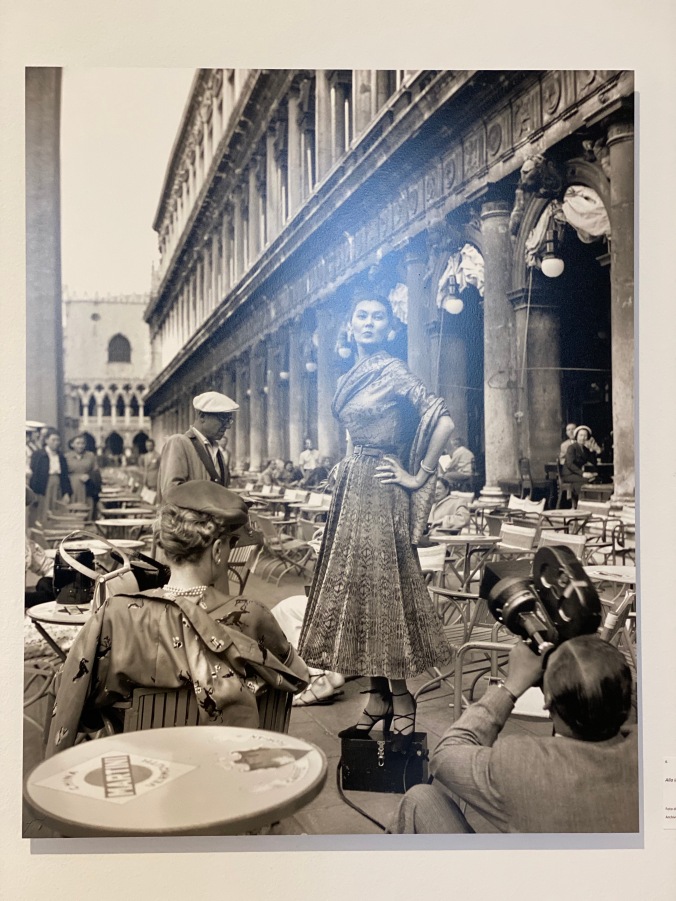 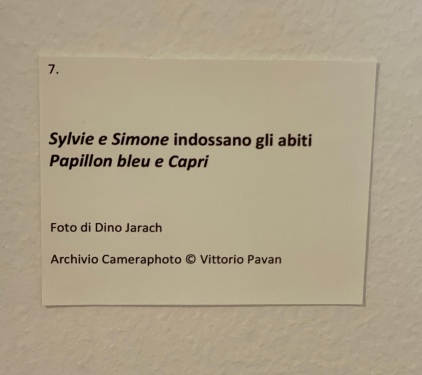 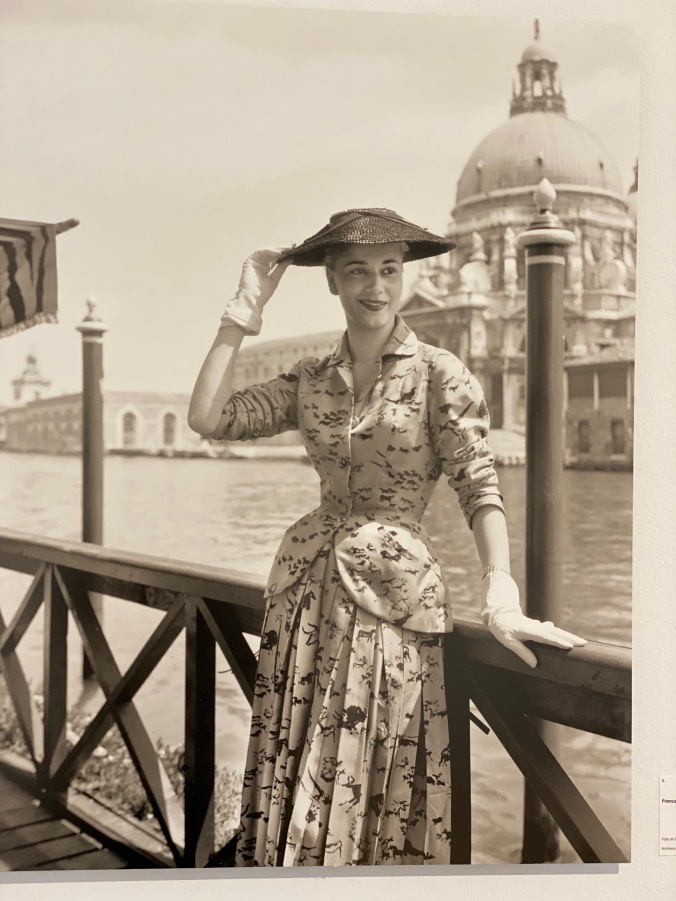 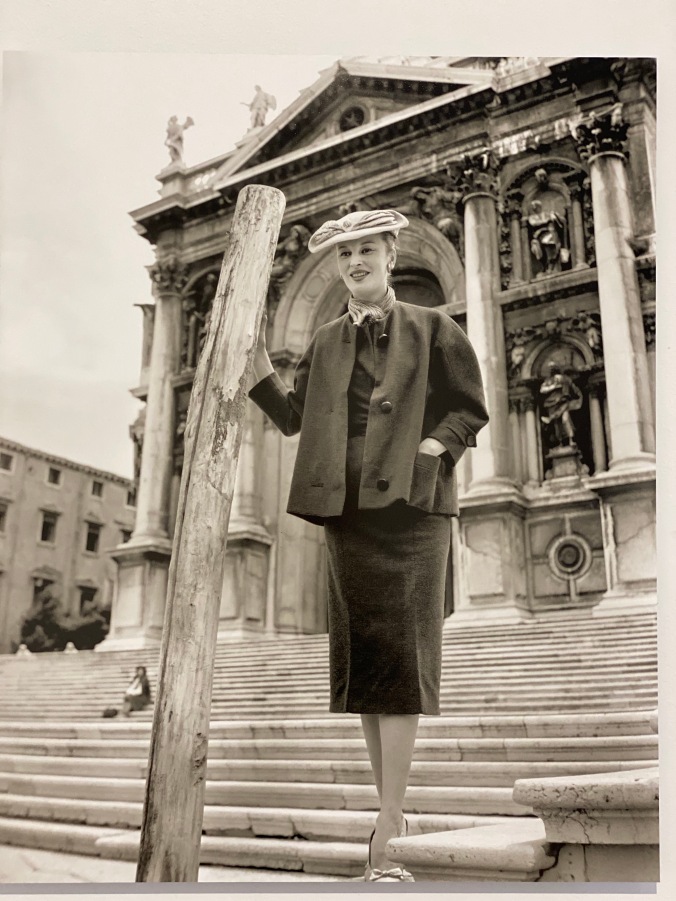 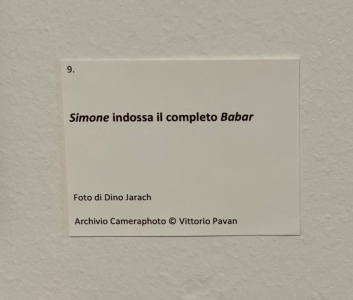 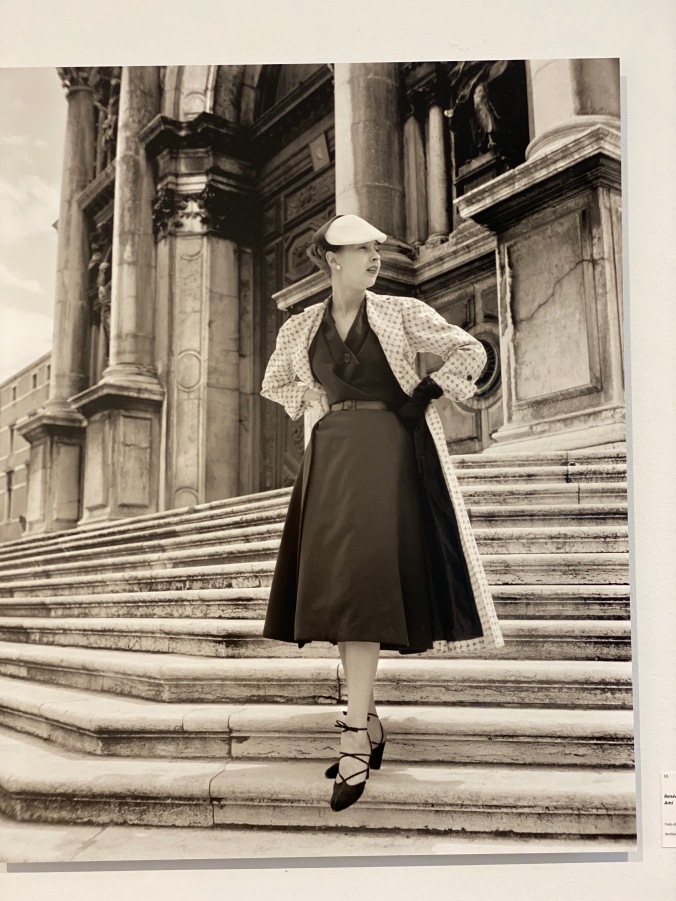 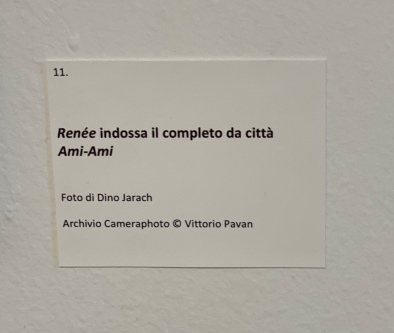 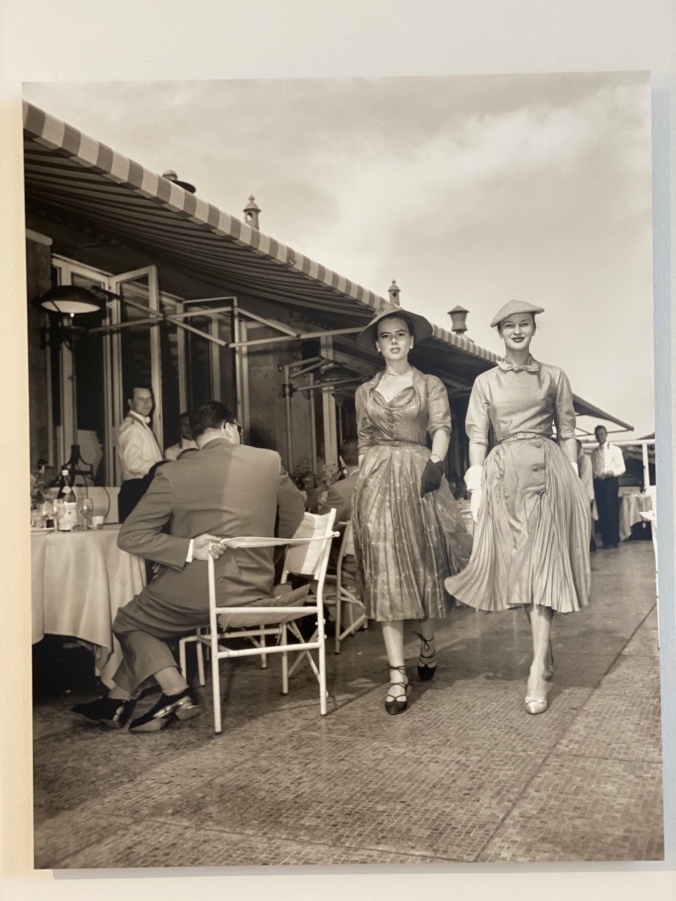 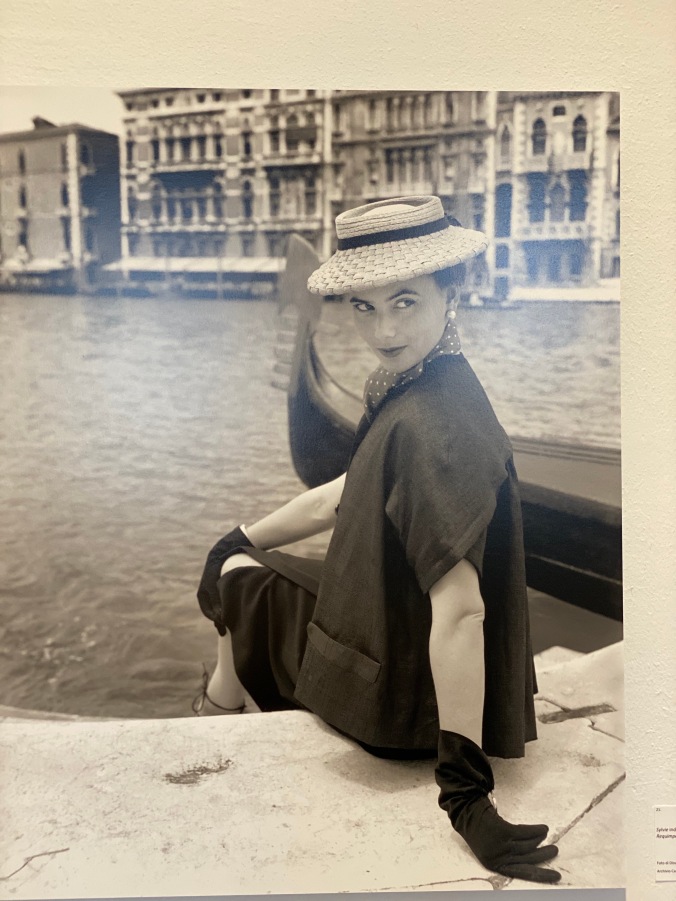 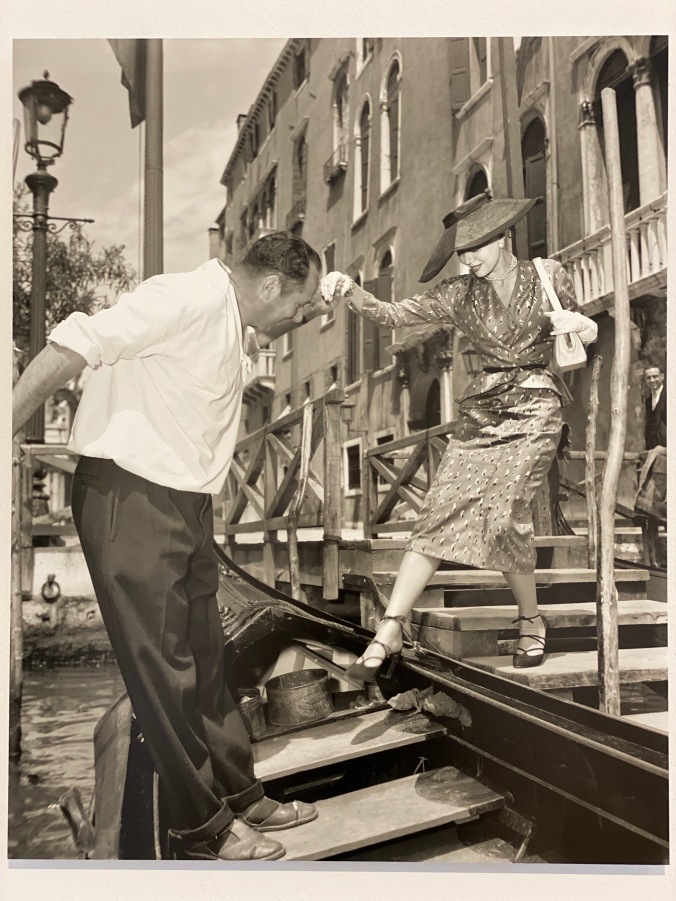