One of the many visitors to the Paris exposition was twenty-five-year-old François Spoturno (known to history as the more gentrified François Coty), a native of Corsica who had come to Paris to make his fortune. A born charmer, he already had proved his skills as a salesman in Marseilles. Now, using a connection he had cultivated during his military service, he found a position as attaché to the senator and playwright Emmanuel Arène. It was a tremendous coup.

Spoturno was born on 3 May 1874 in Ajaccio, Corsica. He was a descendant of Isabelle Bonaparte, an aunt of Napoleon Bonaparte. His parents were Jean-Baptiste Spoturno and Marie-Adolphine-Françoise Coti, both descendants of Genoese settlers who founded Ajaccio in the 15th century. His parents died when he was a child and the young François was raised by his great-grandmother, Marie Josephe Spoturno, and. after her death, by his grandmother, Anna Maria Belone Spoturno. Grandmother and grandson lived in Marseille. 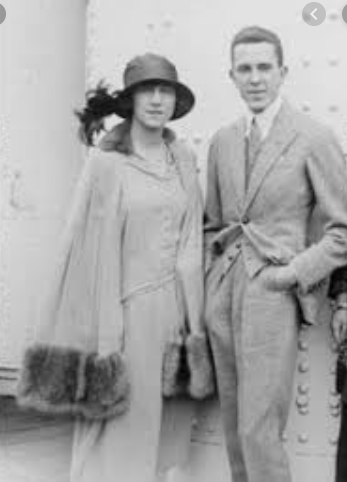 Coty and his wife.

Young Spoturno may not have had money, but he now had access to the glittering upper reaches of 1900 Paris, with its salons, clubs, and fashionable gatherings. As he quickly realized, it was a world in which women played a key role, from the most elegant aristocrats to the grandest courtesans—a fact of great importance, as it turned out, since women would soon make Spoturno’s fortune.

Spoturno’s interest was not in clothing but in perfume. At the opening of the new century, the perfect perfume was as essential to the well-dressed Parisian woman as was the latest fashion in dresses, and the French perfume industry was booming, with nearly three hundred manufacturers, twenty thousand employees, and a profitable domestic as well as export business.4 Naturally, perfume makers took the opportunity to display their wares at the 1900 Paris exposition, and Spoturno took the time to wander among their displays, including those of leading names such as Houbigant and Guerlain.

Spoturno was not yet sufficiently knowledgeable to judge a perfume’s quality, but he did note that the bottles containing these perfumes were old-fashioned and uninspired. It would not be long before it would occur to him that perhaps their contents were also a trifle outdated.

But first he had to find his way into the perfume business. After getting a job as a fashion accessories salesman and marrying a sophisticated young Parisian, Spoturno became acquainted with a pharmacist who, like other chemists at the time, made his own eau de cologne, which he sold in plain glass bottles. He also met Raymond Goery, a pharmacist who made and sold perfume at his Paris shop. Coty began to learn about perfumery from Goery and created his first fragrance, Cologne Coty.

One memorable evening, Spoturno sniffed a sample of his friend’s wares and turned up his nose. The friend then dared him to make something better, and Spoturno went to work.

He hadn’t the slightest idea of how to proceed, but in the end he managed so well that his friend had to admit that he was gifted. Yet natural gifts were not enough in the perfume business, and soon Spoturno decided to go to Grasse, the center of France’s perfume industry, to learn perfume-making from the experts. Along the way he would change his name to his mother’s maiden name. Only he would spell it “Coty.”

The brand’s first fragrance, La Rose Jacqueminot, was launched the same year and was packaged in a bottle designed by Baccarat.

L’Origan was launched in 1905; according to The Week, the perfume “started a sweeping trend throughout Paris” and was the first example of “a fine but affordable fragrance that would appeal both to the upper classes and to the less affluent, changing the way scents were sold forever.”

Coty also established a “Perfume City” in the suburbs of Paris during the early 1910s to handle administration and fragrance production; the site was an early business supporter of female employees and offered benefits including child care. 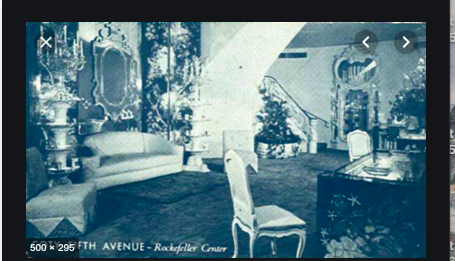 The year was 1904, and François Coty was about to engage in his own act of rebellion. Or was it simply a superb marketing tactic? We do not know. What we do know is that on one fateful day, on the ground floor of the Louvre department store, Coty smashed a bottle of perfume on the counter—with momentous results. Following his decision to learn more about the perfume business, Coty had indeed gone to Grasse, which was the long-established center for cultivating the flowers essential for making perfume. It was also the research center for the entire perfume industry. There, he applied for training at the esteemed Chiris company, which represented the cutting edge of current perfume technology. Fortunately, the head of the firm, now a senator, was a friend of Coty’s patron, Senator Arène, which eased Coty’s way. Coty then worked diligently for a year to learn all that he could, from flower cultivation to essential oils, spending much of his time in the laboratory. He analyzed, he synthesized, and he learned how to blend. During his apprenticeship, Coty learned about two new tools that the established perfumers had for the most part neglected in favor of more traditional methods. The first of these was the discovery of extraction by volatile solvents, a technique that made extraction of large quantities of fragrance possible and could even be used with nonfloral substances such as leaves, mosses, and resins. Shortly before the turn of the century, Louis Chiris secured a patent on this technique and set up the first workshop based on solvent extraction. Coty was an early student of this pioneering work.

The second and even more revolutionary discovery was that of synthetic fragrances. Earlier in the nineteenth century, French and German scientists had discovered synthetic fragrance molecules in organic compounds such as coal and petroleum that allowed perfumers to approximate scents that could not otherwise be easily extracted. It was an amazing breakthrough, and a few perfumers experimented briefly with the artificial scents of sweet grass, vanilla (from conifer sap), violet, heliotrope, and musk. A few also explored the possibilities of the first aldehydes, which gave perfumes a far greater strength than ever before. Yet with only a few exceptions, established perfumers in the early 1900s avoided these synthetic molecules. In studying the successful perfumes of the day, Coty

concluded that most were limited in range and old-fashioned, pandering to conservative tastes with heavy, overly complex floral scents that were almost interchangeable. He had educated his nose and learned his trade, and although he never would become a perfumer per se, he had an extraordinary imagination and a gift for using it to explore new realms. It was with this gift, newly honed, that he returned to Paris, and with ten thousand borrowed francs set up a makeshift laboratory in the small apartment where he and his wife lived. He was willing—even eager—to break with convention, aiming to create a perfume that combined subtlety with simplicity. Even at the beginning, his formulas were simple but brilliant, using synthetics to enhance natural scents. Coty also revolutionized the

bottles containing his perfumes. Remembering the beauty of the antique perfume bottles at the 1900 Paris exposition, which made the virtually standardized perfume bottles of the day look boring, Coty unhesitatingly went to the top and hired Baccarat to produce the lovely, slim bottle for La Rose Jacqueminot, his first perfume. As he later remarked, “A perfume needs to attract the eye as much as the nose.”16 Coty’s wife sewed and embroidered the silk pouches with velvet ribbons and satin trim that contained the bottles, and Coty now drew on his sales skills—this time selling his own rather than someone else’s product. Much to his dismay, it proved almost impossible to break through the established perfumers’ stranglehold on the market. Coty went from rejection to rejection, until one day he lost his composure. He was on the

ground floor of the Louvre department store trying to sell La Rose Jacqueminot, and the buyer was about to show him the door. In anger—or in what perhaps was a supreme act of showmanship—Coty smashed one of the beautiful Baccarat bottles on the counter, and a revolution began. According to legend, women shoppers smelled the perfume and flocked to the source, buying up Coty’s entire supply. The buyer took note, became suddenly cooperative, and Coty was on his way. After the fact, some groused that Coty had staged the entire stunt, including hiring actresses to play the part of shoppers entranced by his perfume. Yet by this time it didn’t matter. Coty had made his first publicity coup, whether or not it was intentional, and he and his perfumes were launched.

François Coty was also doing well in new quarters, which he had shrewdly taken in an affluent part of town, just north of the Champs-Elysées. Space there was limited, but the address (on Rue La Boétie) was a good one and worth the effort to cram showroom, shop, laboratory, and packaging department under one small roof. Much as Coty expected and desired, his perfume business continued to surge. The year 1905 was a big one for him, during which he presented two new hits: Ambre Antique and, especially, L’Origan, which according to perfume aficionados was an exceptionally daring blend, suitable for those daring Fauvist times. It was while Coty was launching his seductive new perfumes that an ambitious young woman by the name of Helena Rubinstein was studying dermatology