The “Emporio Duilio 48,” was founded in Florence (in the current Coin department store building, in Via de ‘Calzaiuoli) in 1902.  The sales formula was, everything was under the price of 48 cents.

It is a fascinating story about early 20th-century Florence, with the tragedy of WWII a part of it. 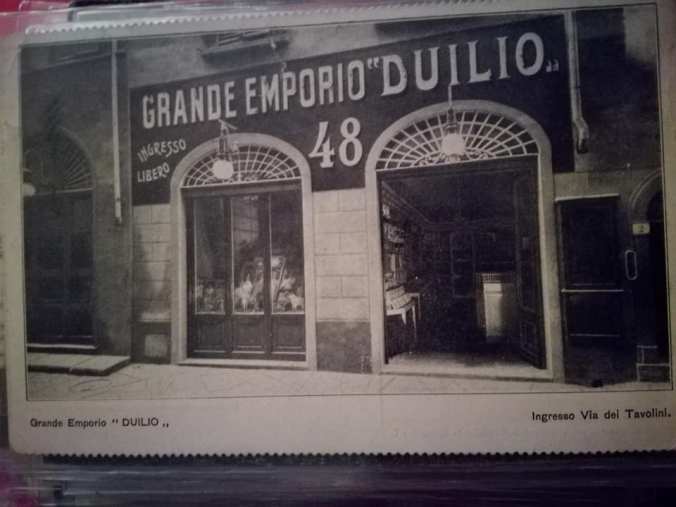 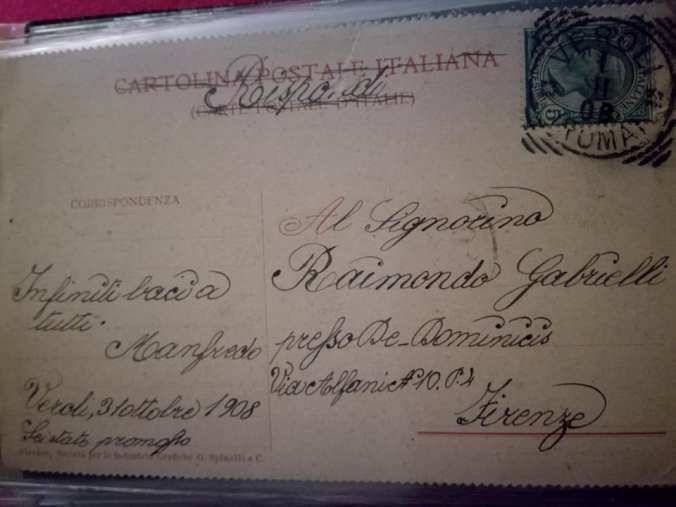 The creator of the formula “all at 48 cents” was Joseph (Giuseppe) Siebzehner who was born in Vienna in 1863 and died in the Milan-Auschwitz route in the train departed on 29 January 1944 from platform 21).  He was a Jewish merchant of a large Polish family, originally from Kańczuga (south-eastern Poland), married to Amalia Koretz (born in Plzeň on 15 March 1871 and dead in Auschwitz), daughter of Ferdinando.

The Siebzehner, already active in trade in Vienna at the end of 1800, took over the commercial activity called Grande Emporio Duilio and founded in Florence in 1888 by the Papalini brothers, who in turn had taken over the renowned Bazar Bonajuti, founded in 1834 by the architect (son of merchant) Telemaco Bonajuti.

The expansion of the Florentine headquarters in 1907 gave rise to the new name Emporio Duilio 48. This was soon joined by the two more stores in Montecatini and Viareggio; the latter was initially located in a bench where today stands the renowned shoe store Gabrielli, next to Magazzini 48.

It seems that after 1911 there were also 2 stores in Bologna, named simply: Emporio Duilio.

It’s clear that Giuseppe Siebzehner was a cutting-edge merchant, ahead of his time in Italy.

In fact, from the family archive (owned today by Count Federico di Valvasone and the last descendant, Riccardo Francalancia Vivanti Siebzehner), it emerges that Giuseppe already had two exclusive contracts at the end of the 19th century.

One with a comasco producer of festoons, lights of paper and decorations for the holidays.

The other, even more important, was with the great Bolognese blacksmith, Giordani, who built prams, tricycles, and especially bicycles for which he became a famous producer after WWI.

Even more avant-garde, Joseph was the first to produce a product catalog with mail order, a forerunner of today’s online shopping phenomenon.

Over time, the Francalancia Vivanti Siebzehner heirs of Valvasone and Bemporad took over the property until the commercial activity was sold to Coin Department store in 1988. The Viareggino building was instead ceded to the Fontana family in the 1990s. They later opened the Liberty Store, one of the most famous record and video games stores in the city.