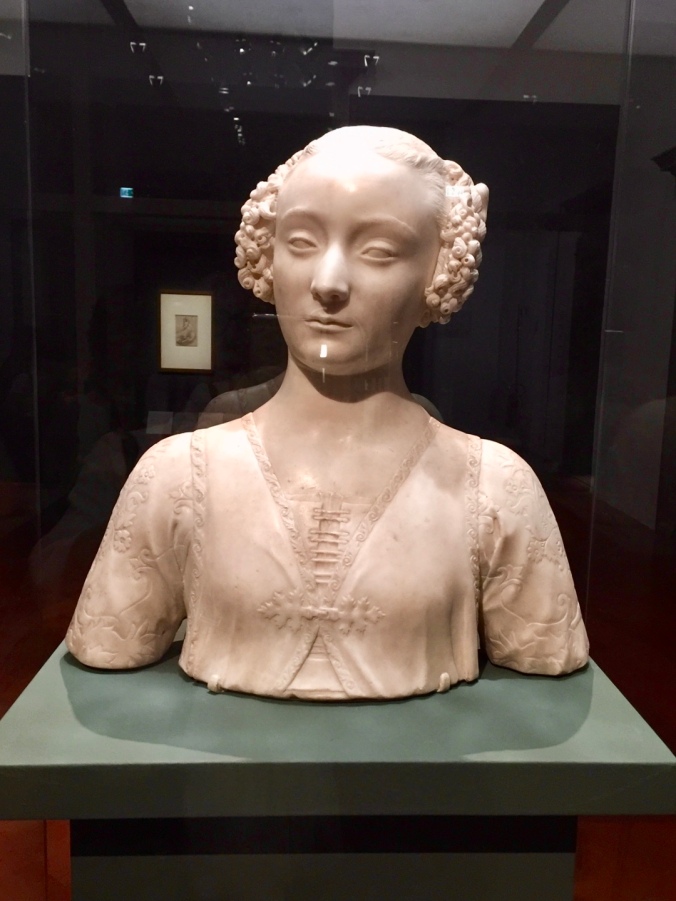 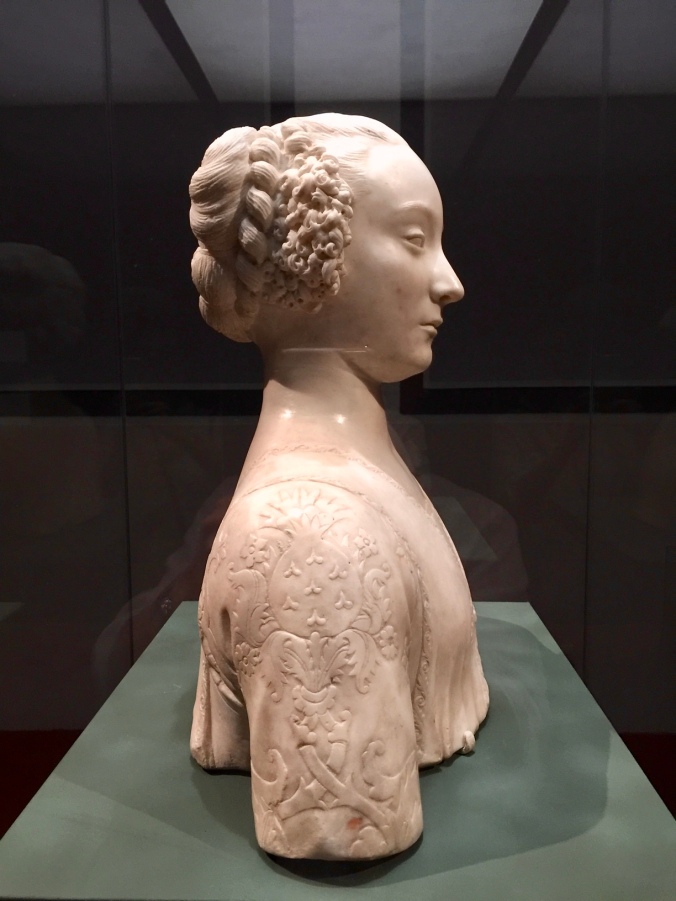 And, since there’s currently a fabulous exhibition in Florence featuring some of the master’s work in painting, sculpture, and work in gold, I think it is high time I wrote a post on him here. 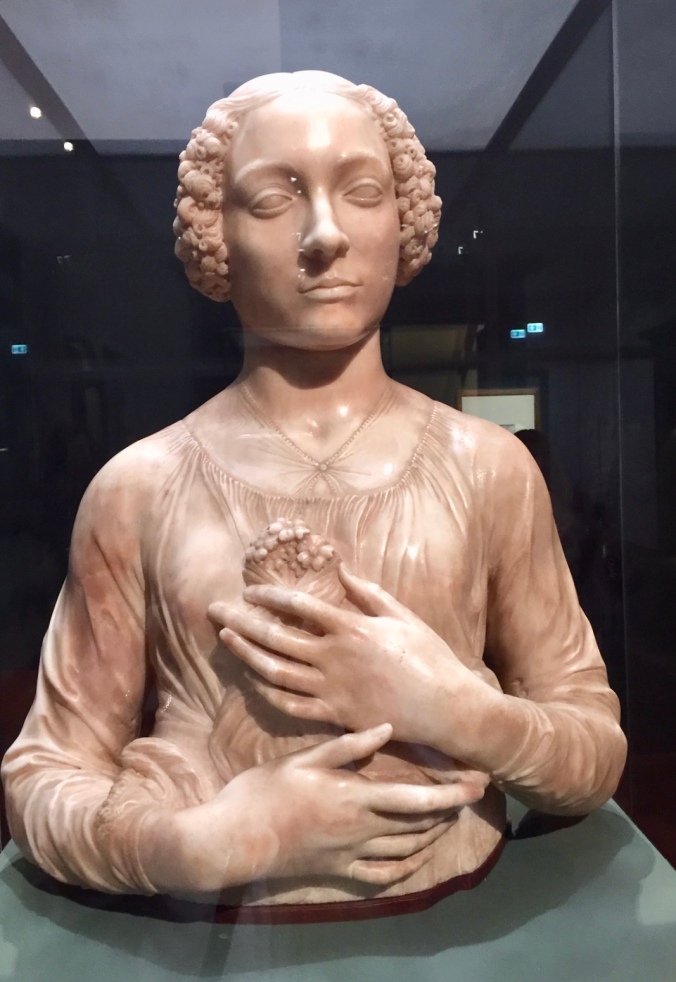 The exhibition, “Verrocchio, Master of Leonardo” can be seen from now until mid-July at the Palazzo Strozzi.

The show was organized by Fondazione Palazzo Strozzi and the Musei del Bargello in collaboration with the National Gallery of Art, Washington. The curators are Francesco Caglioti e Andrea De Marchi; both are leading experts in the art of the quattrocento.

This major exhibition showcases over 120 paintings, sculptures and drawings from the world’s leading museums and collections, including the Metropolitan Museum of New York, the Musée du Louvre in Paris, the Rijksmuseum in Amsterdam, the Victoria and Albert Museum in London and the Gallerie degli Uffizi in Florence.

The exhibition, with a special section at the Museo Nazionale del Bargello, brings together for the first time Verrocchio’s celebrated masterpieces and most important works by the best-known artists associated with his workshop in the second half of the 15th century, such as Domenico Ghirlandaio, Sandro Botticelli, Pietro Perugino and Leonardo da Vinci.  Leonardo was his most famous pupil, and the exhibition reconstructs Leonardo’s early career and interaction with his master, thanks to outstanding loans and unprecedented juxtapositions.

This year is a big one all over the Italian cultural scene, for it marks the 500th anniversary of Leonardo’s death. The Strozzi exhibition is, moreover, the first retrospective ever devoted to Verrocchio.

At the same time the exhibition explores the early years of Leonardo da Vinci’s career,  providing an overview of artistic output in Florence from roughly 1460 to 1490, which just happened to be the age of Lorenzo the Magnificent.

Few paintings are attributed to him with certainty, but a number of important painters were trained at his workshop. His pupils included Leonardo da Vinci, Pietro Perugino and Lorenzo di Credi. His greatest importance was as a sculptor and his last work, the Equestrian statue of Bartolomeo Colleoni in Venice, is generally accepted as a masterpiece.

Little is known about his life. His main works are dated in his last twenty years and his advancement owed much to the patronage of Lorenzo de’ Medici and his son Piero. His workshop was in Florence where he was a member of the Guild of St Luke. Several great artists like Leonardo da Vinci and Lorenzo di Credi passed through his workshop as apprentices; beyond this, artists like Domenico Ghirlandaio, Francesco Botticini, and Pietro Perugino were also involved and their early works can be hard to distinguish from works by Verrocchio.

At the end of his life he opened a new workshop in Venice where he was working on the statue of Bartolomeo Colleoni, leaving the Florentine workshop in charge of Lorenzo di Credi. He died in Venice in 1488.

So, okay, as a life-long art historian, I can’t seem to break the habit of providing lots of context.  But, let’s leave that now and look at some of the beautiful work by Verrochio. 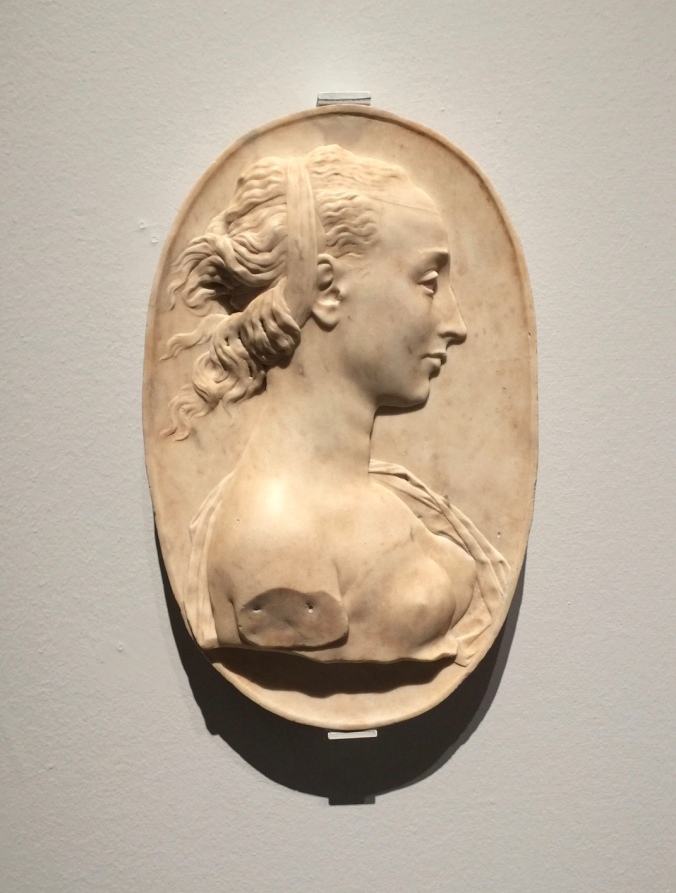 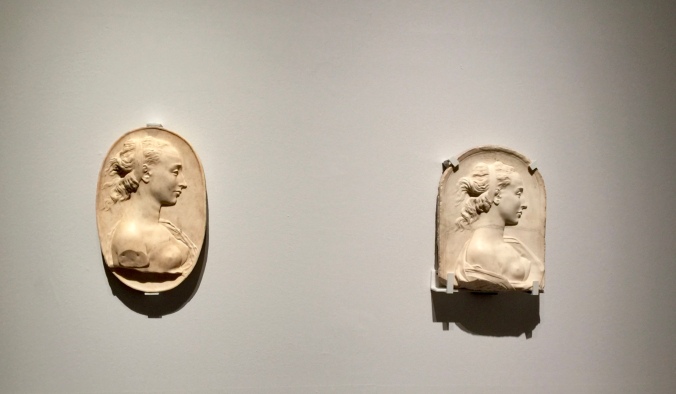 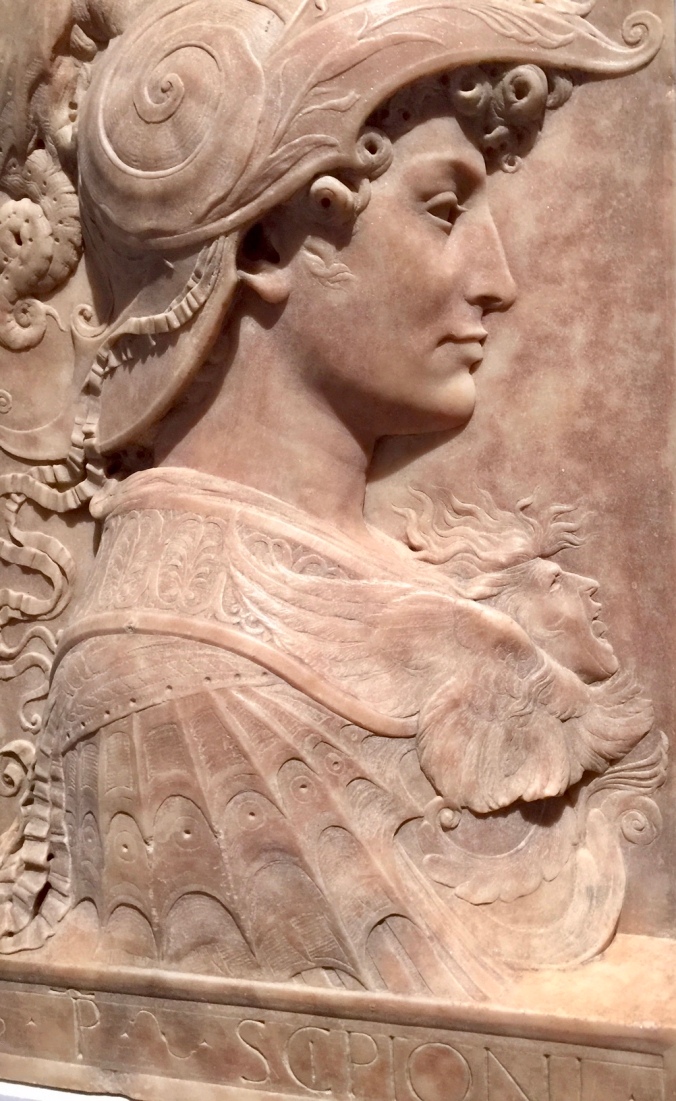 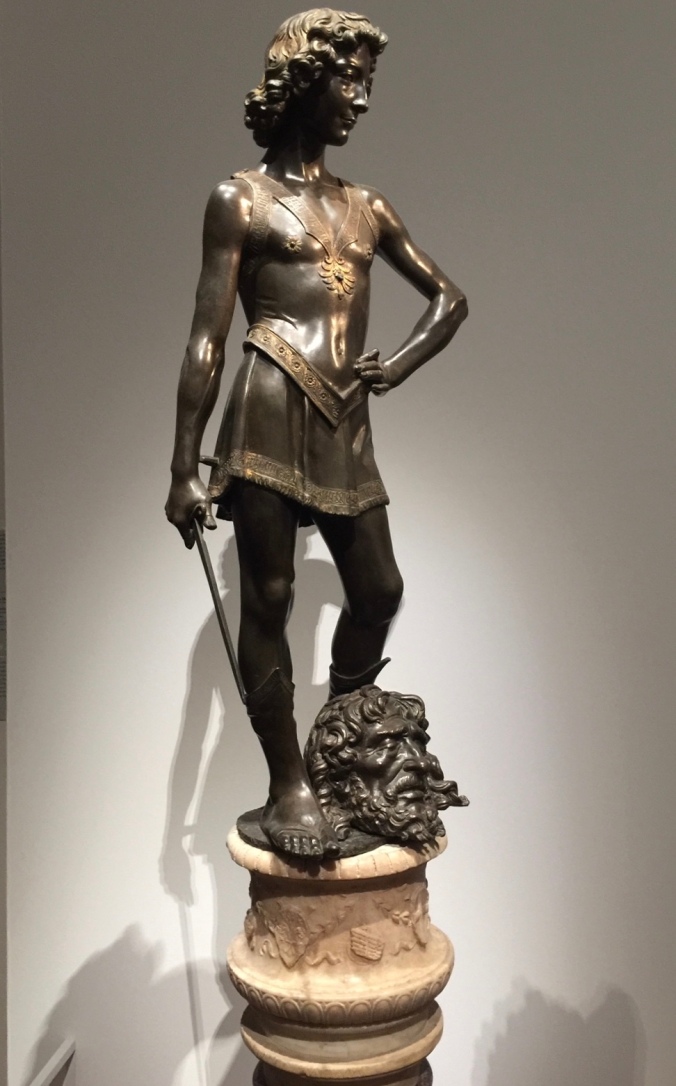 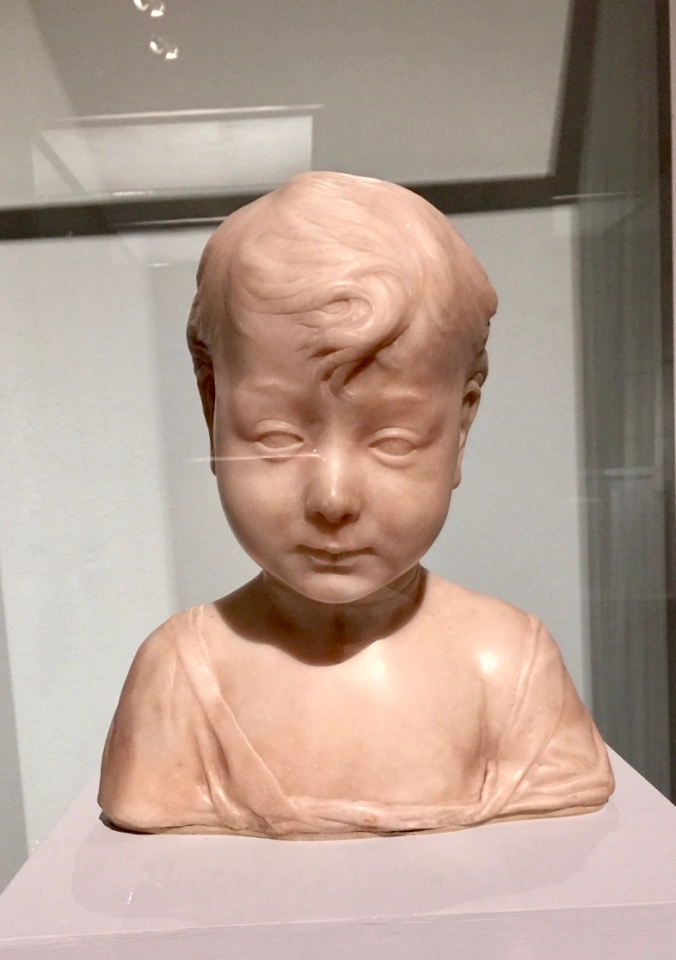 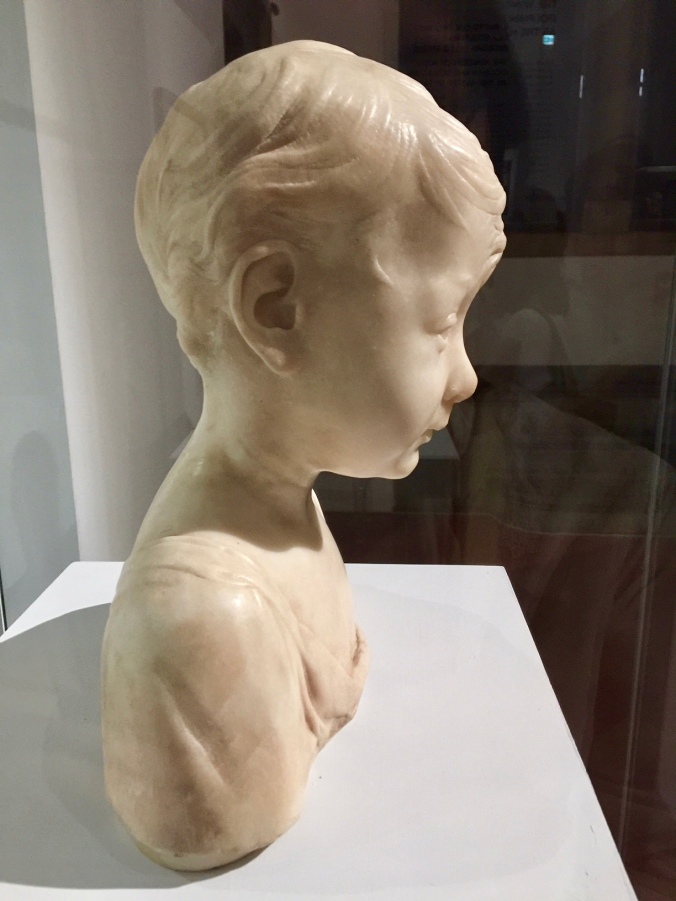 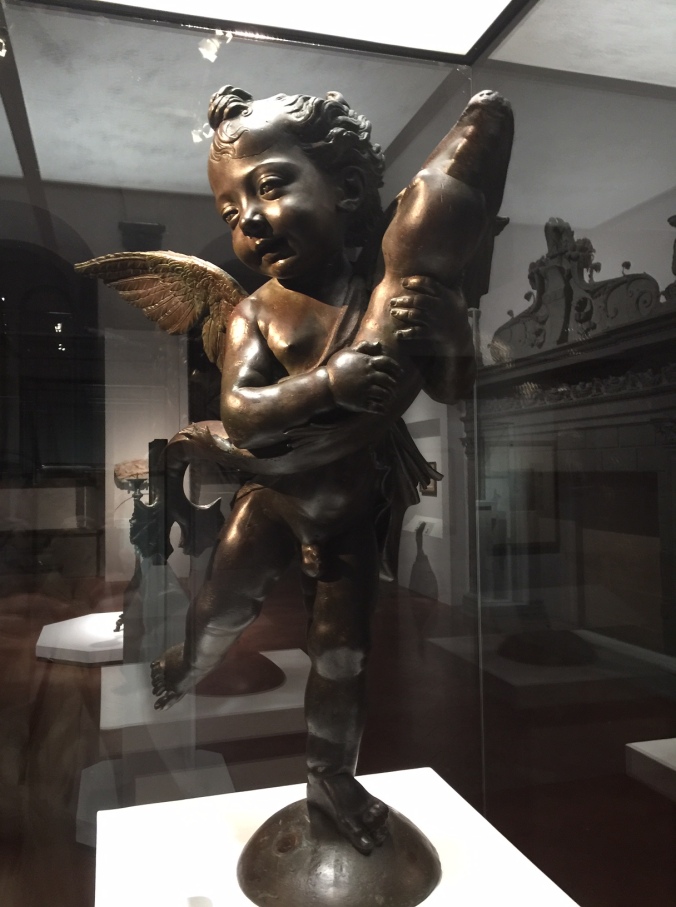 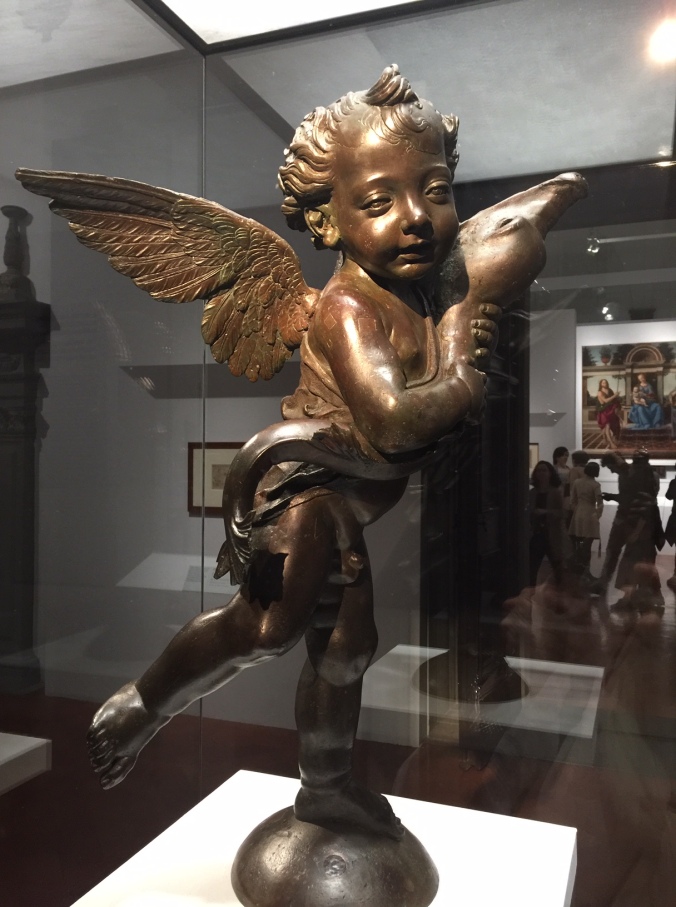