Oh, Villa Peyron!  How lovely you are, sitting in your pretty setting high above Florence!

Situated in a beautiful position up in the hills around Fiesole, one can view both Florence and Castel di Poggio from the Villa.

The Villa Peyron is a large complex, with buildings, formal gardens, and the surrounding olive groves. The villa is located in the woods named Il Bosco di Fonte Lucente, named after a spring above the villa. 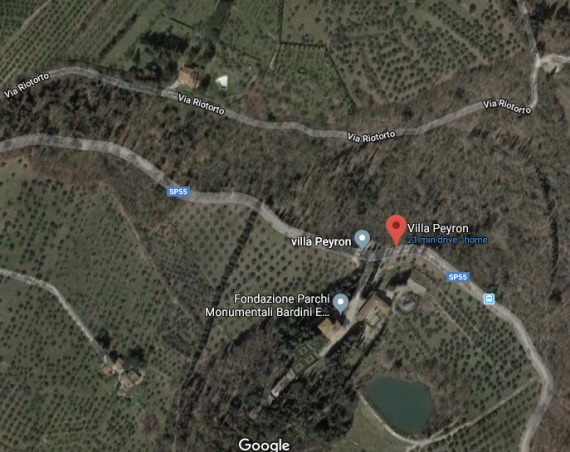 The spring is said to supply the water necessary to work the many fountains in the garden and park, although I will say that the fountains weren’t working when I was there recently. Even without the fountains, the gardens are beautiful. 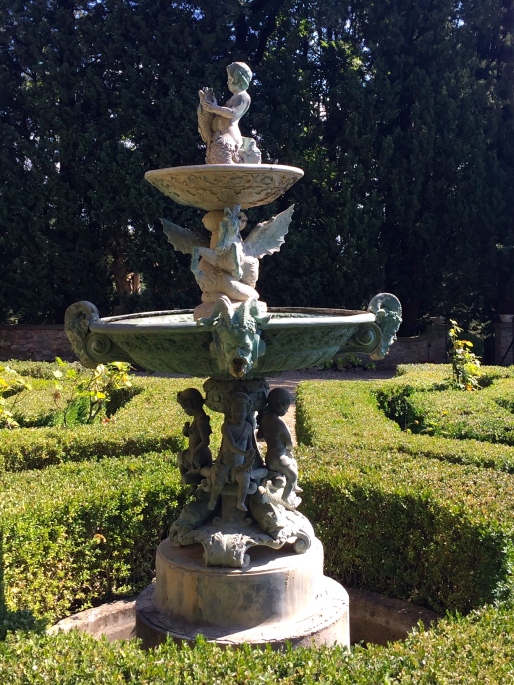 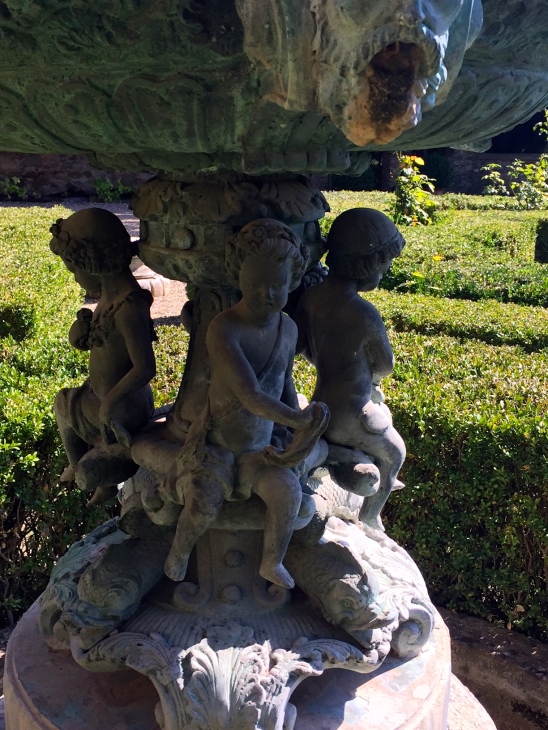 It is likely that the villa itself was built on top of Etruscan ruins, traces of which can be seen in the underground chambers and in the immediate surroundings; there are, for example, antique stones in the walls found in the forests around the villa.

The garden is built on three terraces that slope southwards and has a wooded parterre parallel to the villa.

What we see today bears nothing harking back to the Etruscans, but of course the villa has been subjected to a series of renovations and transformations over many centuries. 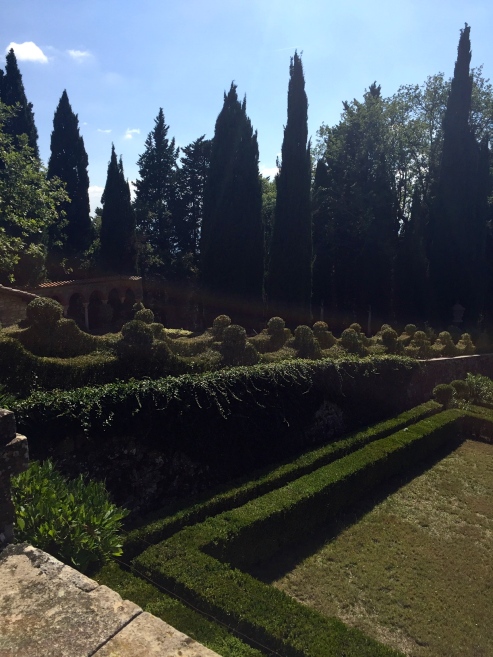 There’s a lot of statuary placed throughout the villa grounds; these sculptures come from the Venetian villas of the Brenta. These prestigious works were installed to take the place of those which were destroyed during World War II. 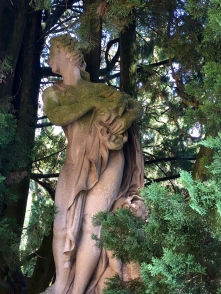 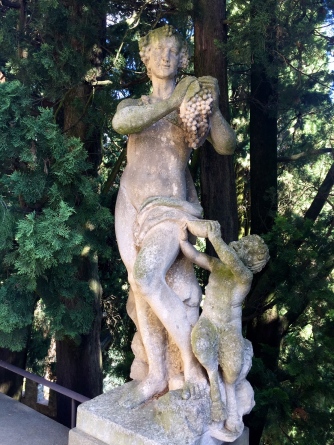 In fact, a plaque is installed on a building near the entrance to the villa grounds, which speaks to the horrors of war.  During WWII, the villa was requisitioned by the high German command. Later it was occupied by the Allies who also installed a military hospital there. (I can’t help thinking of the film, The English Patient.)

You might say that some of the minor horrors of war were even clearly imprinted on this villa. When Paolo Peyron returned to his home after the war, it was a very bittersweet homecoming: all the objects that  Peyron had tried to save by hiding them in a room in the farmhouse were destroyed and scattered in the garden. Paintings and gilded frames were mockingly attached to olive trees; furniture was smashed; rare books, incunabula and prints of Piranesi, inherited from his father’s library, lay on the ground in the open, irremediably spoiled by the rain.

And now I will stop talking and simply place the photos of this beautiful locale on my post.  Enjoy! 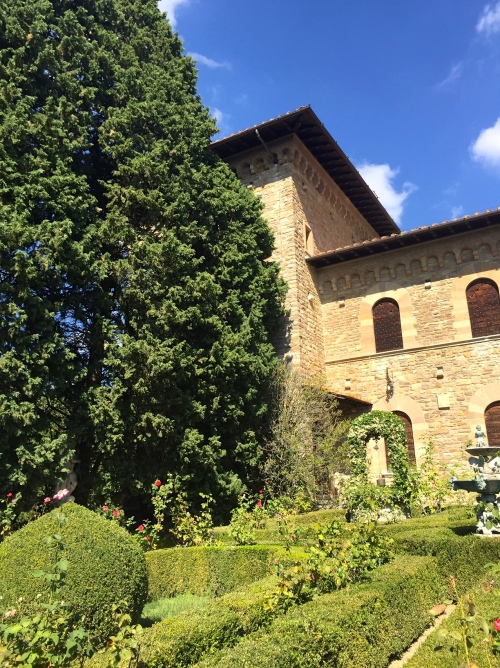 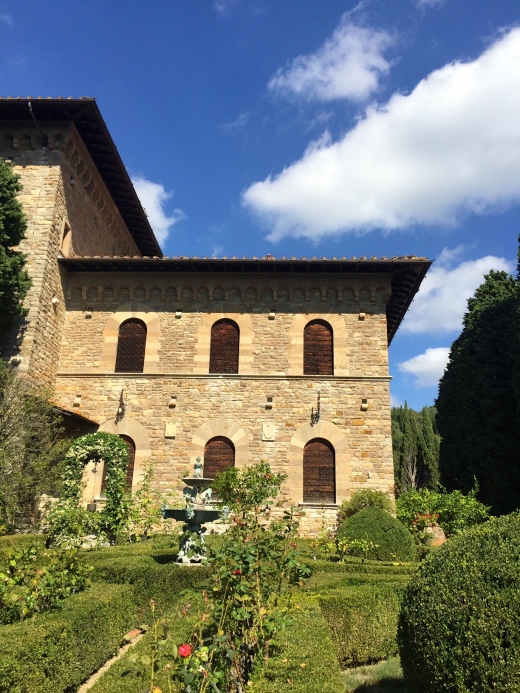 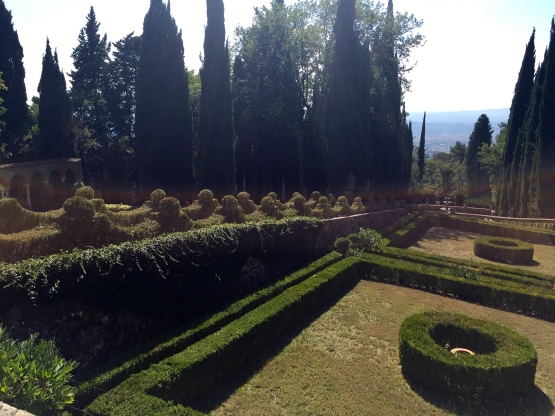 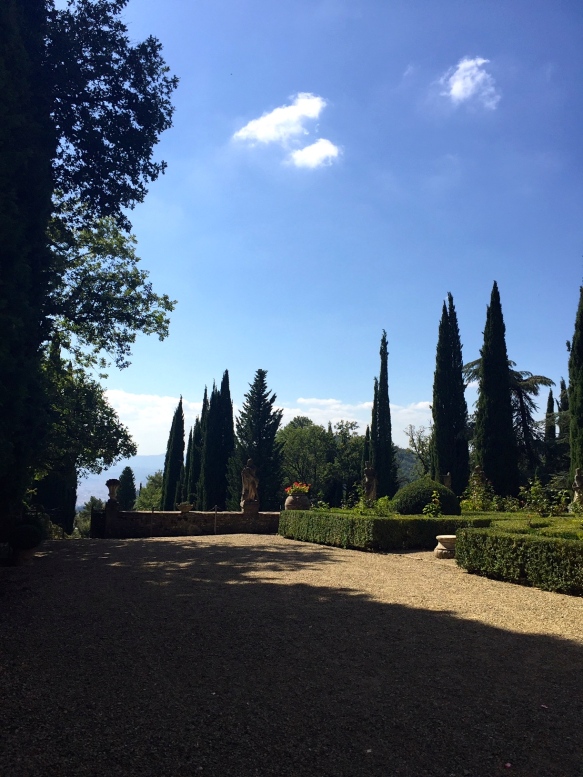 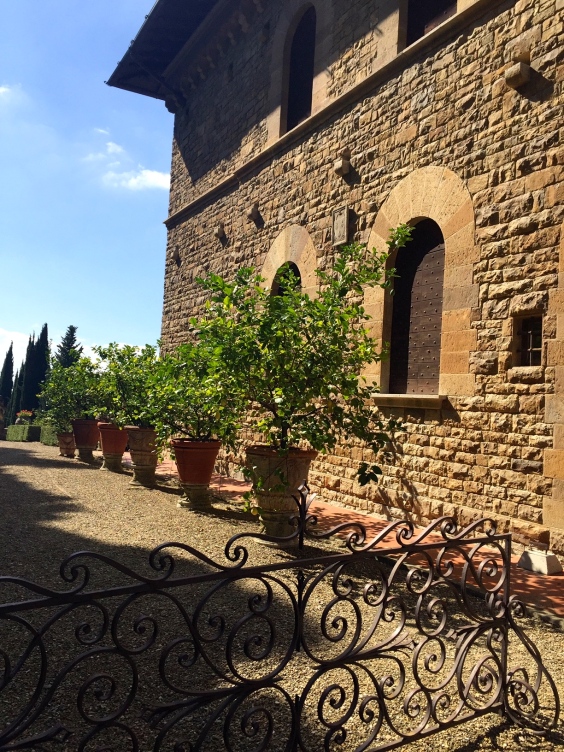 This gorgeous villa, open for visits, lies just beyond Fiesole.  It’s an easy trip by Ataf bus (#7) from Florence to Fiesole, and catch a connecting bus #47.  The #47 is unreliable (it has only 3 runs on Sundays, for example, and they are all in the morning).  But you can do what I did, and take a taxi to the Villa from Fiesole. 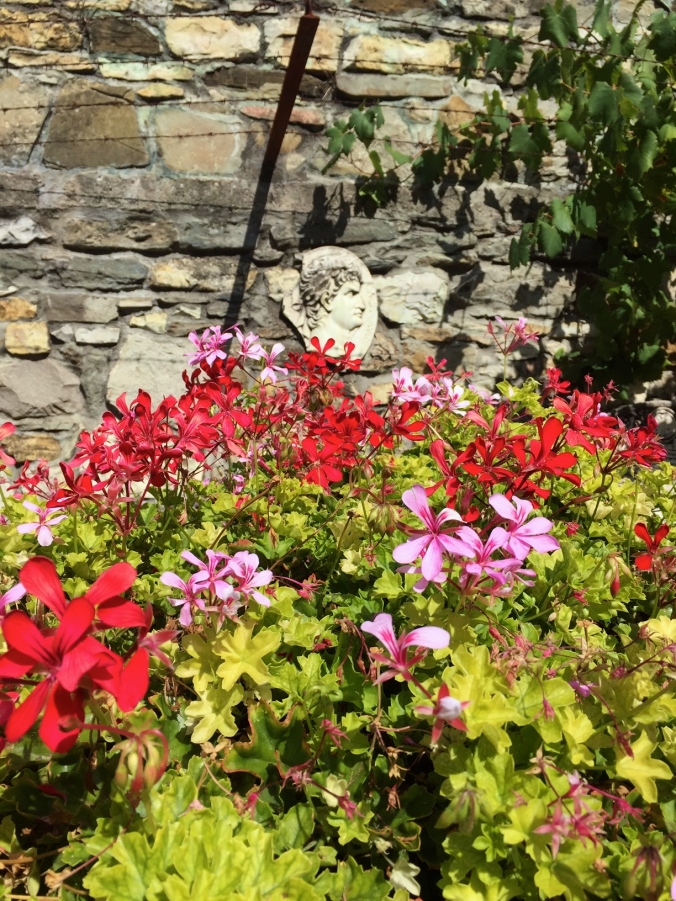 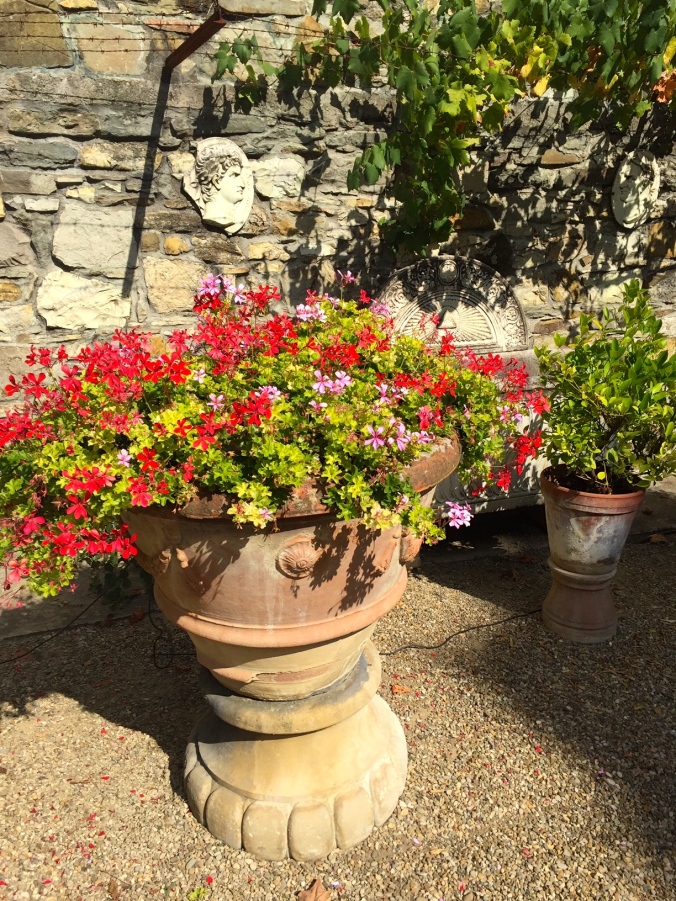 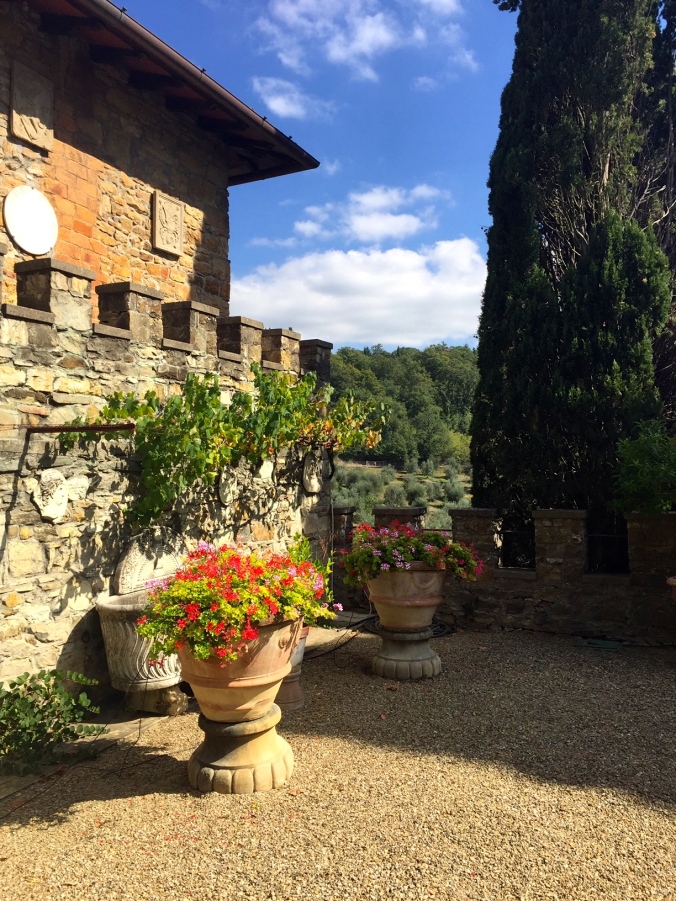